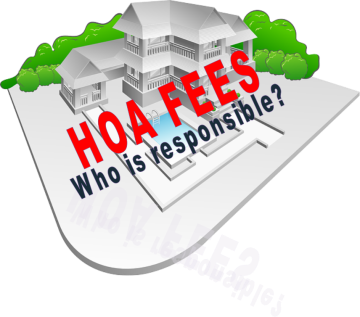 The background facts indicate there are two properties governed by the Associations Declaration of Covenants, Conditions and Restrictions. Each property was encumbered by a recorded first mortgage and also by the homeowner’s association lien for unpaid assessments. The borrowers on both properties defaulted on their mortgages. The servicers of the loans initiated foreclosure proceedings. Neither foreclosure case included the HOA as a party to the action as a defendant. Final judgments were entered in favor of Fannie Mae and were sold to Fannie Mae. Subsequently, an estoppel of the assessments due was sought by Fannie Mae. The amounts due to the association was challenged. Fannie Mae requested a declaratory and injunctive relief on the amounts due and stated their responsibility was limited to the assessments accrued after it acquired title to the properties. The trial court examined the Declarations and concluded Fannie Mae was only liable for the unpaid assessments after it acquired title and the HOA was ordered to provide an estoppel letter reflecting the reduction.

The appellate court distinguished other appellate case decisions and examined the language of the Declarations. The appellate court determined the Declaration’s subordination verbiage contained provisions to subordinating the assessment lien to the 1st mortgage but it did not contain wording specifically limiting or eliminating the subsequent owner’s liability for unpaid assessments. The reviewing court examined the law and found that it is well established under common law, the foreclosure of a senior mortgage extinguishes that of a junior mortgage listed in the final judgment. However, it is also well established that where a junior lienholder is not made a party to the foreclosure brought by the senior mortgage holder, “the lien of the junior mortgagee is unaffected by the judgment.” Abdoney v. York, 903 So.2d 981, 983 (Fla. 2d DCA 2005); See also, Willoughby Estates v. Bankunited, No. 2014AP000015, 2015 WL 5472506 at *2 (Fla. 15th Cir. Ct. June 23, 2015). At foreclosure therefore, the association’s lien rights were not adjudicated and the assessments liens remained intact. The appellate court concluded, the sale was held and the junior lienholders had no opportunity to bid or stir up others to benefit from a surplus.

The court stated the only remedies available to Fannie Mae are to move to compel redemption or filing a new action to re-foreclose. The association can defend itself in the same manner as if the foreclosure never happened. The court also stated that Fannie Mae’s actions for declaratory and injunctive relief are not recognized methods for removing the lien of an omitted junior lienor.

It is always a good idea to consult with your foreclosure and real estate counsel if there are any questions.