GOT CIVILITY? There are numerous panels addressing civility in the legal profession and “GOT CIVILITY?” is the tag line. It’s cute but kind of sad that it has to be “a thing”, especially in the transactional world of the purchase and sale of real estate. 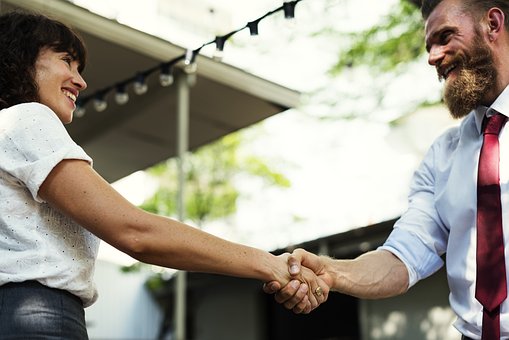 In researching this article, I discovered that there is a Florida Supreme Court Commission on Professionalism and Civility.  Is it really that bad out there? The short answer is, yes. Since I started practicing law in Florida in 1989, I have witnessed professionalism and civility deteriorate.

In a real estate transaction, presumably, the end goal is the same for all involved, the transfer of property. When the property is transferred, everyone wins. The thing is that over my almost 30 years in the business, I have seen the unnecessary arguments and push to get things done fast, rather than correctly, increase.  The path to the closing table has changed and it seems that some of that change has resulted in lack of civility.

Background of the transfer of real estate:

Delineation: Somehow, sometime, humans started delineation of land. It was no longer to be shared. We somehow came to mark and own and defend “our property”. We built rock walls, fences, planted stakes, engaged in war, created survey lines and became territorial. The earth was no longer shared by all of us.

Feoffment and seisen: One of my favorite professors in law school taught this concept. It was the process of transferring possession and ownership of land. It was often a transfer from the Feudal Lord to his Servant after the Servant earned it. I also remember that the Ceremony of Feoffment involved the transferor picking up a handful of the dirt and placing it into the hands of the transferee.  The image of that ceremony has always stuck with me. It seems such a romantic and significant way to fully and ceremoniously represent the transfer of the use of the earth.

Changes in use:  From cooperative to separatist.  From rural to urban, and then suburban sprawl, then to gentrification and there has always been a small movement back to cooperative living. In the 60s, they were hippies in communes. Now they are scholars and scientists studying and experimenting with sustainability of our natural resources. They are residents of condominiums and cooperative apartments. I suppose the changes in use have been human reaction to our harsher demand that we make on the earth. We didn’t always have electricity, running water, and packaging, to name a few. These comforts create a need for more space and have created waste.  With electricity, more humans move about the planet 24 hours a day.  Running water and indoor plumbing requires a sophisticated infrastructure, from getting the water to the people to taking away the waste. The shopping that we do and the fungibility of goods and anti-theft and anti-fragile packaging has created a ridiculous amount of waste.

We have one earth, no more is getting made. In fact, some would say that we are actually losing it (erosion, global warming, and flood projections). The earth is precious. We transfer little bits of it to each other every day, not with the respect that it deserves and as the caretakers that we should be, but as a disposable commodity, to make money.

There is no longer the ceremony of Feoffment. I do not even think that the ceremony made its way to America. We rarely even sit at a closing table anymore. The sellers and buyers rarely ever meet each other and sometimes never speak to each other.

When I started, in the late 80s, realtors, lawyers and the parties still worked together to do their best to make sure that the property was well suited for the customer and that title was clear. The days between contract execution and closing were utilized to make sure that the details of the transaction were attended to and all “Is” were dotted and “Ts” were crossed…..that the parties were protected on the largest monetary investment that people make in their lives. That we would have a CLOSING and move on.  Now, lawyers are brought in when things go “sideways” unless one of the parties insists upon their lawyer’s representation.  Most transactions utilize form templates obtained through various organizations and the internet, title searches, municipal searches, surveys, appraisals and more are obtained online. Documents are executed online or via email, documents are recorded via electronic means. All of these advances are amazing and have created immense efficiency but we have lost the ceremony for the customer. The players making the deals happen just want to get to the finish line fast! Close the deal, send the wires and move on. The parties are often dealing with faceless realtors, title companies and lenders. This creates a hard bargainer attitude and sometimes an air of distrust.   It is much easier to be less civil to a faceless entity than it is to another person. It is much harder to trust a faceless entity than a person.

Vestiges of my father’s days as a real estate attorney remained, but not for long. The things that I used to enjoy about a closing, watching it unfold, watching the people enjoy the process and having a pot of coffee or tea at a morning closing or a bit of scotch or champagne at an afternoon closing are almost gone as well. These moments at the closing table made the people in the transaction feel better able to move into the new responsibility and out of the home that they lived in, often for years. We must all remember, a house is more than that, it has been home for the seller, perhaps the place where they raised their children and had other happy moments. For the buyer, the house represents a place to make a new home, a place to create memories and dreams. 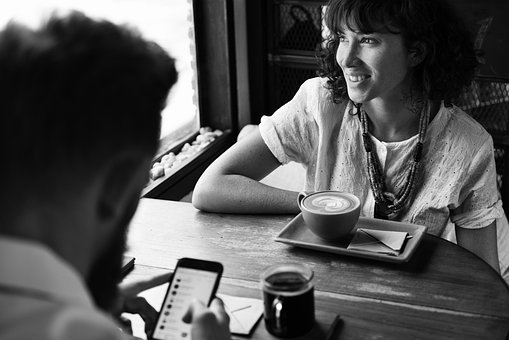 Through all of our haste and all of the wonderful technology, don’t forget about the human element, for the buyer and seller most of all, but also for each of us in the industry. We are not in the industry to make people feel distrustful or look greedy due the high volume and lack of personal contact. We do not intend to offend. Just be mindful that in our haste, we can be perceived as that faceless uncaring entity. With all of the time that technology has allowed us to save, let’s focus on the human connection.

Do it right, utilize technology and every resource available to conclude this expensive and sometimes complex transaction, but remember to keep it simple and keep it civil. In fact, make it joyous. We are all participating in the temporary exchange of the earth.

Treat the earth well: it was not given to you by your parents, it was loaned to you by your children. We do not inherit the Earth from our Ancestors, we borrow it from our Children.